On Monday, the New York Times published Ubiquitous Across Globe, Cellphones Have Become Tool for Doing Good. That a technology could be a tool for doing good is a fairly modest claim, and has been made about probably every new communication technology since the printing press. (For more basic claims about new communication technologies and/or a game of ‘seen in the NYT’ bingo see this handy cheat sheet that appeared in the webcomic xkcd on the same day. Certainly, Snapchat et al demonstrate that yes, teens will indeed use <insert new communications technology here> for sex). Technical solutions to problems of poverty and underdevelopment are particularly popular, not least because they require exactly no soul-searching on the part of the West.

Given the low bar thus established, one would expect the claim that cellphones have been used for doing good to be quite easy to support. Indeed the article does just that, with many pleasingly uplifting examples. Healthcare workers use cheap featurephones to monitor mother and child health and track polio vaccination campaigns. Indian mobile users can subscribe to daily informational SMSs on a range of health issues. Residents of Kibera, a dense informal settlement outside Nairobi, can find water sellers or advertise water for sale on their phone, while in Kenya and South Africa, a credit score can be procured by providing detailed daily expenditure and income data by SMS.

In each example, cellphone apps and services are meeting a clearly defined need. Better healthcare, clean water and access to credit are unquestionably important. Furthermore, cellphones are widespread, and we have quite a bit of evidence that phone ownership and use can measurably improve the lives of the poor. But the vision of development exemplified by cellphone apps and services “Western-inspired but designed for people making $2 a day” bears examining. After all, shouldn’t we be more concerned that the residents of Kibera, many unemployed, caring for young children and in precarious health themselves, are forced to pay for clean water?

At this point, the emperor’s clothes begin to come off. First, the statistic that 96% of the the world “is connected via cellphone” is grossly misleading. While the total number of mobile subscriptions may be equal to 96% of the world’s total population, a mobile subscription is in no way a proxy for a “connected” individual. Rather, every device that connects to a mobile network (phones, tablets, mobile Internet devices) counts as one subscription, and users with a subscription to more than one network - extremely common in prepaid markets, where in-network calling is cheaper - are counted twice. The ITU arrives at the 96% statistic by averaging penetration rates that vary from 170% in the former Soviet Union, to 63% in Africa. Aid agencies with a charitable purpose, like USAID, might consider focusing on those who aren’t connected rather than assuming hyperconnectivity averages things out, which is a bit like saying that between gluttony in the US and starvation in Ethiopia, everyone has about enough to eat.

Of course, not all the examples rely on individual ownership of mobile devices. m-Health projects in particular often provide cellphones to health workers to extend the reach of e-Health initiatives, which have been going since the mid-1990s in some developing countries. There are some promising results for these kinds of project, but most relate to pilots or small-scale implementations. Evidence of impacts from country-level, interoperable e-Health systems  in the developing world remains elusive in part because such research is extremely expensive, and cost-benefit studies are even harder to come by. Cellphones can help. They are cheap, easier to use than a computer for many people, and increasingly computationally advanced. At the same time, few in m-health would argue that they are a transformative technology, simply because health impacts depend on so many other things within and beyond the health system.

Those mobile services that do reach poor individuals are still quite far from the kinds of apps that Nandu Madhava, who is quoted commenting that Android smartphones are “very affordable for the poor” is probably imagining. They require the user to request, receive or publish information using numeric codes (Unstructured Supplementary Service Data - USSD), or in 160-character (70 in languages with non-latin scripts) short text messages (SMS). Such systems work surprisingly well given that SMS was never designed for composition on a mobile phone. Rather, it was intended as a paging system, with mobile users receiving the messages from their network. In part because of language problems, SMS use is variable among the poor. A representative survey conducted in Bangladesh, Pakistan, India, Sri Lanka and Thailand found that 32.2% of mobile owners in socioeconomic groups defined as the “bottom of the pyramid” had ever used SMS, and they tended to be younger, more urban and more educated than non-users. Furthermore, a recent study on a sexual health information SMS service delivered Google, the Grameen Foundation and MTN in Uganda cautions against conflating better information with health behaviour change. The study found no change in norms or behaviour around risky sex, in part because the SMS was not seen as a trusted information source in the same way advice from a health worker might have been.

The quote by Hilmi Quraishi, who describes the choice of mobile apps and services as “local technology to be self-reliant”, is the article’s final irony. With the exception of ZMQ (Russian), all the examples cited are either developed or funded from the US. Including Kenya’s m-Pesa, a mobile money transfer system with 11 million users, or 25% of the country’s population, might have balanced things out a bit. Or, perhaps, asking whether all those smartphones have really done much to save America’s public school system or deliver universal healthcare.

The truth, as Indian tech and social change commentator Anita Gurumurthy points out, is that “network capitalism is embedded within the technological DNA of mobile telephony”. Around the world, mobile network operators - multinationals with huge profits - have fought tooth and nail to avoid regulation that would make mobile communications more affordable for the poor. They are even less keen to let third party services operate on their networks, unless they get a cut. Some, as Vodafone did in Egypt when it sent pro-Mubarak messages and then shut the network down, cheerily accede to the demands of repressive regimes, while many more (hello, Verizon) go beyond the call of duty in spying on their customers.

The apps and services discussed have been developed in response to real problems by well-intentioned, highly skilled and innovative companies. It is fair to say they are doing something good. However, writing laudatory trend pieces about “Western-inspired” mobile apps and services in the developing world is like being proud of throwing the poor some table scraps. Cellphones may be used to do good, but do they really do enough?

* Drew obviously works for Dimagi, an m-health company mentioned in the article. Our marriage thrives on healthy disagreement. 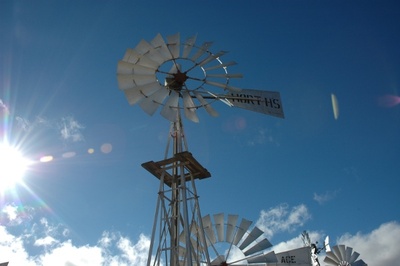