More fun with IEC elections results data (and maps). The images below show party results (% of votes) by district for a couple of parties. Made using QGIS - I might get a better map up with TileMill soon.

Results data this zipfile, spatial data this shapefile. The IEC should eventually release and official results dataset; this is not it. 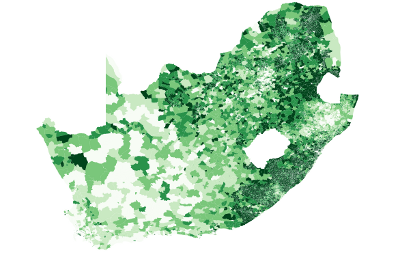 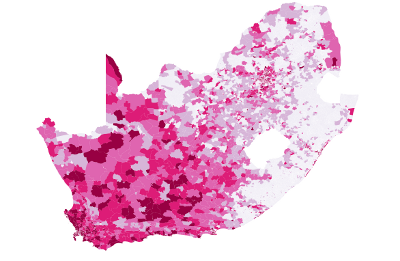 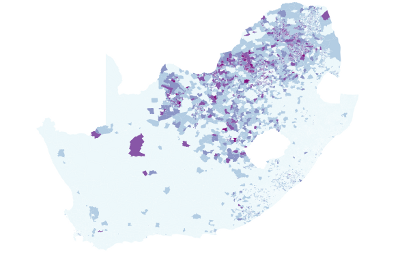 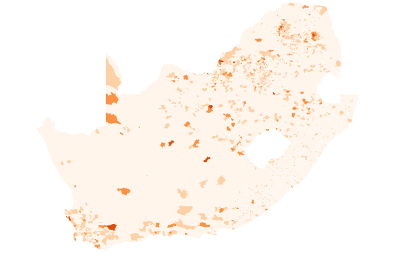 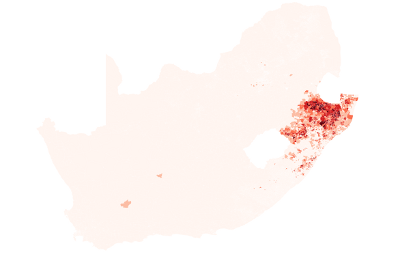 I'm not pretening to be able to make a coherent argument with these, but in general, there seems like nothing too surprising here. The DA is strong in the Western Cape and Gauteng, the ANC in the Eastern half of the country. The IFP and NFP fight it out overy very little territory. AGANG SA did poorly almost everywhere, with a bit of support in the Western Cape and Gauteng and along the Garden Route. The EFF did seem to do relatively better in the mining areas of Rustenberg and Thabazimbi, i.e. the area around the Marikana mine.