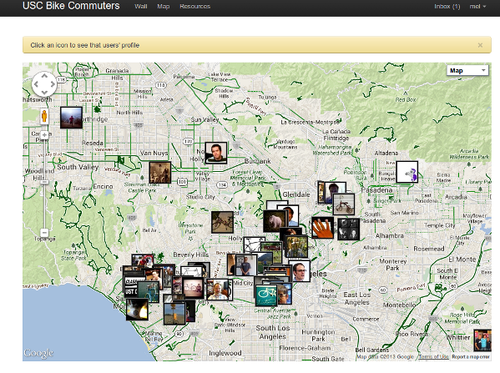 USC Bike Commuters was one of my first Django projects. It's a community networking site for bike commuters at the University of Southern California. The idea is that people can put the start of their commute on a shared map and connect with others who might bike the same route. The basic social network stuff (user accounts, messaging) uses Pinax. It also has an AJAX-y social media 'wall' for announcements, questions and requests.